"Seek the truth in things, because it is what it is...and when guys seem out to get you, try to just forgive." 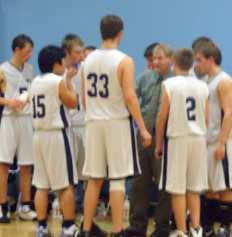 Eli Goss 17:33
"Eli lived a very passionate life.  He put his whole heart into everything he did.  To his mother and sister, his strong love and devotion was constant. To his friends he was always a reliable and loyal, confidant, ready to listen and encourage no matter the circumstance.  As a student, classmate and teammate he was especially cherished.  His positive attitude was refreshing to everyone around him, and in times of tension or frustration, Eli had a very influential character..."  -United Christian Academy, Yearbook Dedication, 2010/11.

"We all have a lot of the same classes and we all have to show up every day...some of us play sports and work and we can't just study all the time.  Everybody works hard to make it through school and have a life with friends...but it seems like the same students get all the awards."  - Eli Goss, 2010

The annual fund raising by the UCA Parents Association and the NCUHS Student Forum combined with the kindness of a small community sustains the Eli Mission to broaden the horizon for scholarship opportunities.

The Eli Fund is supported by the loyalty of his friends and community.

NCUHS Student Forum donates funds for UCA Scholarships, 2011
In 2011, the students of NCUHS created the First Annual Eli Goss Ice Fishing Tournament on Lake Seymour and raised scholarship money for Eli's graduating class at UCA. It is with great love and appreciation that the Eli Goss Scholarship is now offered annually to graduating seniors at both UCA and NCUHS for their unselfish loyalty to their friend Eli Goss.

Recognizing students who do more than study...Students who care about other students, teammates, family and friends.

In 2012 six Scholarships were awarded between the two schools, totaling over $3,000 in help for students. 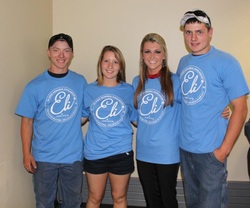 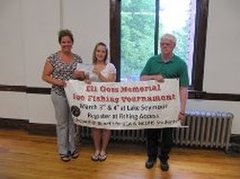 NCUHS Ashley Papp presenting Scholarship funds to UCA
UCA Parents Association and students also raise funds throughout the year for the scholarship fund in memory of their 2010 Varsity soccer and basketball player. In 2013, A trophy case displaying Eli's soccer and basketball jersies was installed at UCA this year and both schools now have matching trophy plaques displaying the names of Scholarship winners each year.﻿﻿

Eli Goss Memorial Scholarship Fund Awarded 8 Scholarships to
2016 Graduates of UCA and NCUHS.
The addition of Official Tournament Sponsorships by area businesses and families increased funds raised by the Eli Tournament to over $5000.00.

For the first time, in 2016, Gold and Silver levels of sponsorship were offered in exchange for marketing of busniness logos on the Official Tournament Hoody, posters and media. We were overwhelmed by the willingness of small businesses to support the event and the Scholarship Fund.
As a result, The Eli Goss Memorial Fund was able to increease the number of Scholarships given to graduates in 2016 to Eight awards!  This brought the total amount awarded over six years to $18,750.00.
2016 Winners
​Justin Lemoge, UCA
Andrianna Andrews, UCA (not available for photo)
Alysha Grenier, NCUHS
Kortni Driver, NCUHS
Jacey Gray, NCUHS
Devin Tetrault, NCUHS
Nicholas Baraw, NCUHS
Cody Chaput, NCUHS (not pictured here)
​ 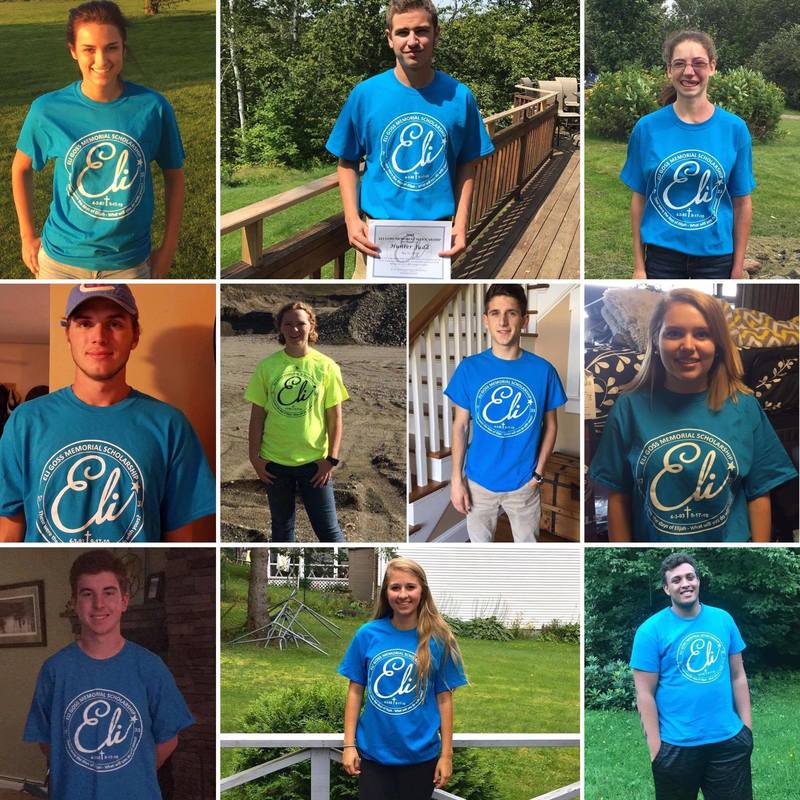 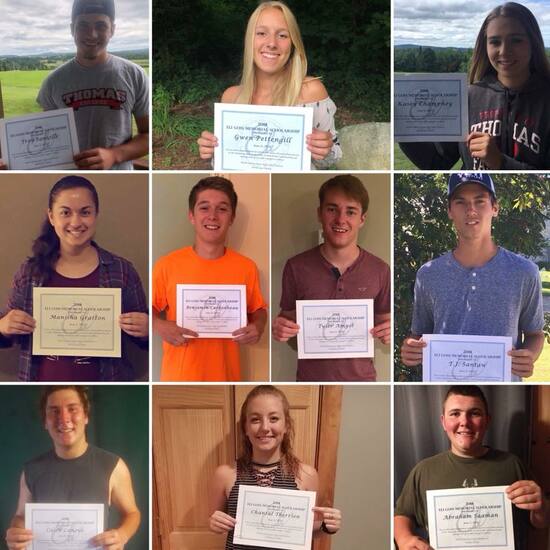